How Open Box Enabled a Seamless MRI Migration for AvalonBay, With All the Frills

Software upgrades are great, but not when they undo the extensive customization you’ve done on the previous version. And with software such as MRI, which is incredibly flexible, the impact can be significant. This was the challenge AvalonBay Communities faced when it upgraded from MRI version 10.2 to version 10.4. And with almost 83,000 apartments in 286 communities across the US in its portfolio, it was the MRI Residential Module that was specifically impacted.

Open Box is always responsive, does quality work, and keeps me informed on progress

AvalonBay is the 10th largest publicly traded Real Estate Investment Trust (REIT) in the US, and is listed in the S&P 500. It is headquartered in Arlington County, Virginia. After the MRI migration, it tapped into Open Box’s Real Estate and MRI expertise to quickly extend its team to handle the spike in workload as the customizations were pulled through to the new version.

Because the Open Box team specializes in the Real Estate industry, the people dedicated to AvalonBay were able to dive in immediately. “It's been great, Open Box is always responsive, does quality work, and keeps me informed on progress” said Tracy Crone, Operations Software Product Manager at AvalonBay Communities.

The team started by auditing the list of AvalonBay’s pre-existing MRI web page customizations to figure out which functionality might already be supported by the new version of the software, and therefore not require the adjustments to be pulled through. Next, they identified which customizations would need to be made compatible with the new version, suggested how to adapt them and then carried out the modifications needed.

We were able to hit the ground running, and, together with AvalonBay, completed the work in two weeks, and on budget

The last thing the company wanted was to re-engineer processes and then retrain its people on processes they already knew, to fit in with the software. And also, any reports that were dependent on the customization would need that information to be pulled through for the output to make sense in the new version.

The joint team, comprising people from AvalonBay and Open Box, worked together to ensure the new version of MRI gave the Real Estate company the identical bespoke features as the previous version had.

“It didn’t make sense for AvalonBay to expand its team to cope with the additional workload, but these customization migrations were too urgent and important to simply slot into the in-house team’s typical workload,” said Melusi Mlalazi, business analyst at Open Box. “Because we have more than 15 years’ experience in the CRE space, plus deep knowledge of MRI, we were able to hit the ground running, and, together with AvalonBay, completed the work in two weeks, and on budget.”

Real Capital Solutions (RCS) has a long-term plan focused on increasing profitability while maintaining/improving on best-in-class results to their investors.

Real Capital Solutions (RCS) has a long-term plan focused on increasing profitability while maintaining/improving on best-in-class results to their investors. 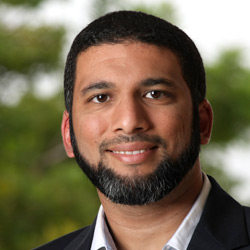