The silver bullet for your legacy Internet Explorer browser issues

Like many others, you may be hesitant to upgrade your company's browser. You might think it's an unnecessary expense… besides, it feels like you upgraded quite recently, and spent good money doing that. Ironically, the reality is that it's expensive not to upgrade, especially with the new functionality of Internet Explorer known as Enterprise Mode.

Take a few moments to consider the facts and extra costs associated with supporting your applications on legacy browsers:

In an attempt to ensure that older applications are still useable, it's not surprising that many corporates have restrictive policies in place for upgrading their version of Internet Explorer. This has also meant that they've needed to introduce requirements for new applications to be compliant with old browsers. Unfortunately, this approach will never work if a company is striving to be future-fit.

Why not consider upgrading to Internet Explorer 11 with Enterprise Mode to handle your legacy application rendering. Your future self will thank you… and so will your vendors.​ 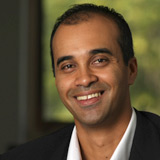 Deciding between Custom and Off-the-Shelf? Catch these useful tips.