PropTech Cheat Sheet: All the AI Terms You Need to Know

So you know that awkward social situation, where you are introduced to someone, don’t quite catch their name, and then too much time passes for you to legitimately ask them to repeat their name. So you hang in there, hoping they introduce themselves to someone else, and cringing slightly that you may need to introduce them.

I sometimes feel that this perfectly sums up how most of us are engaging with the onslaught of new property technology and the associated language we need to learn.

Automation, AI, Machine learning, Neural Networks. . . We’re throwing these terms around, but do we really know what they mean, and do we all think they mean the same thing? And, is it too late in the conversation to ask what they really mean?

So, to save you from having to ask the awkward questions, I’ve done just that and shared my definitions below, which you can use as a handy cheat sheet.

This refers to machines taking over boring, repetitive work to free up humans to do more important things. The machine, or software robot, is trained to follow a set of pre-programmed rules, and this is all it ever does. And it does it faster and with fewer errors than humans. Automation is often about collecting huge amounts of data, so it can be seen as an enabler of AI, which is all about understanding data. So automation is not AI, but the two are complementary.

With RPA, the software robots even interact with systems via their front ends, in the same way humans do. RPA is the application of technology that allows companies to teach, or program, software robots to understand processes and then consistently replicate them. This gives companies the ability to map out business processes that are definable, repeatable and rules-based, and then assign a software robot to take care of the execution. Typically this leads to a reduction in processing costs of 30% to 80%, a reduction of risk and a full audit trail of your processes.

This is where it all began in the 1950s. AI refers to machines -- or more precisely, software algorithms -- that can be taught to mimic human thinking by spotting patterns in data, learning from it, and then choosing a response, based on what it has been programmed to do. We use AI every day, from Siri on our iPhones to the recommendations we get served up by Netflix or Amazon.

ML, powered by the huge amounts of data generated by the internet, is the latest flavour of AI, and is what has given AI its latest resurgence. With ML, machines don’t rely on humans to train them, but instead use data plus trial and error to teach themselves. So they can learn to do something without being specifically programmed to take the steps required. ML moves AI from something that is specifically programmed to do one thing, to more general applications based on the data available.

Neural networks are what is powering ML. It refers to software being coded to think like a human being, only much faster, with the ability to handle much larger volumes of data and without our human biases to solve problems.

DL is also a field of AI, and is at the cutting edge of ML. DL allows machines to tackle specific problems that need thought processes to tackle the many variables, such as image and voice recognition, driving cars, and even the ability to accurately predict the outcome of court cases based on the initial information.

Think of it as ML-plus.

Of course all of this falls under the umbrella trend of digitalisation, which refers to the complete transformation of an organisation in to a digital one. This means a business that is data-driven, with real-time visibility over the entire business ecosystem. This enables better and faster decision making thanks to the automatic dissemination of information to all parts of the business that needs it, in the format they need it. Creating repeatable and rapid ways of doing things powered by connected people, data and devices is key to a digitalised business.

As we enter the digital economy, a digitalised business is going to be table stakes. It’s what you do with this digitalisation, and how you deploy automation and AI, that counts. And while this is a topic for a whole series of articles, at least now you’ve got the definitions clear, and can avoid those awkward conversations. In fact, you’ll be the one doing the introductions!

Reconciliation of vendor invoices against tenant prepayments is a tough job at the best of times, but this year’s reconciliation is going to put even the most prepared teams to the test.

Michelle Millar, Director of Consulting Services at Open Box gives a detailed map of the journey to automation and how it can be implemented in your real estate organization. 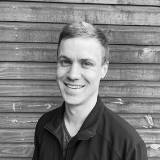 BI Solutions Without The Prohibitive Cost?

Our Custom Software team unpack the Business Intelligence tools and architecture that can be leveraged to deliver light-weight BI solutions, drive business value from the start and gear an organization to adopt a more data driven culture.