Since the onset of the recession, many companies appear to have resorted to a decision-by-consensus approach to buying. While this is an effective way to prevent hasty decisions from being made during tough times, this kind of approach very often paralyses businesses and stunts their growth. I attended a very interesting Webcast recently surrounding the topic of Consensus Buying, presented by The Corporate Executive Board (CEB) and also read an article in The Harvard Business Review focussing on the same research, the highlights of which I would like to share below.

Whatever may have been the cause for this type of behaviour, the reality is that more often than not, sales reps are discovering that the authority to make decisions within their customers rests with groups of individuals, as opposed to one primary decision maker. Where previously an IT supplier might have sold directly to a CIO, today buy-in is often required from Marketing, Operations, Finance, Legal, Procurement, and even others, all of whom have very different priorities driving their decision to buy.

A recent survey conducted by CEB has found that on average, 5.4 people now have to sign off on each purchase. Research shows that the likelihood of a purchase drops sharply as the number of decision makers increases, so where just one decision maker is involved, the chance of purchase is 81%, and this drops significantly to 31% when the number of group members involved in the decision making process is at the current average of 5.4.

As a result, suppliers are having to find innovative ways to create consensus amongst buying groups at their customers. It is therefore essential for suppliers to obtain a deeper understanding of Customer Consensus and based on CEB’s research, three key conclusions emerged:

Traditionally it has been assumed that the more personalised a message, the more effectively it will drive a sale. While this generally holds true when engaging with just one decision maker, it can have a significant downside when dealing with a buying group. When individuals in the buying group are receiving different messages tailored to their specific needs, it can highlight the great differences in priorities, driving a wedge between members and hindering consensus.

Consensus often fails before sales reps have even been involved in the process, often somewhere around solution identification phase. Suppliers therefore need to be anticipating and proactively overcoming disconnections amongst group members before sales engagements. This specifically represents an opportunity for supplier marketing and key account management departments that have the tools to reach customers during the critical consensus-building process.

Because suppliers have limited access to buying group members during the early stages of a process, it is becoming increasingly important to have an advocate, or “mobiliser”, within the client’s organisation that has sufficient clout with key decision makers to help create consensus amongst buying groups. However, a CEB survey found that half the people reporting a willingness to buy a product or service were not willing to publicly advocate for it, which represents a significant stumbling block to the “mobiliser” approach. The decision to publicly advocate for change is driven more by the personal value ascribed to the mobiliser as opposed to the business value provided to that individual’s organisation.

The article then goes further, into the three strategies identified that are key to building consensus:

The starting point in building consensus is identifying common ground amongst stakeholders and this can be done through approaches like Language Mapping and Shared Learning.

Language Mapping involves identifying areas where focussed messages that different stakeholders are looking to achieve have an overlap with each other. By identifying common language messages and shared perspectives amongst stakeholders, suppliers can focus their sales approach around this type of language thereby increasing alignment between otherwise disconnected parties.

Shared Learning involves educating stakeholders to highlight that where they often feel as though their interests in a sale are mutually exclusive, this is often not the case. Shared learning experiences can expose common priorities and can be developed in many ways including site surveys or diagnostic tools that highlight stakeholders’ shared needs.

As discussed before, potential mobilisers may fear they will lose credibility if they advocate a specific supplier solution and in order to be effective they must feel as though the rewards of advocacy outweigh the risks and effort involved in the promotion thereof. Suppliers therefore need to develop strategies that are geared towards decreasing individuals’ perceived risk and increasing their perceived rewards.

Mobilisers are typically not salespeople and often lack the cross-functional perspective, persuasion skills and processes required to build an internal business case for the avocation of a supplier solution. Suppliers need to provide support to mobilisers to help them communicate the value of the solutions they are promoting to decision making stakeholders. Due to consensus issues emerging often prior to sales engagement it is becoming essential for this support to be provided by marketing departments during new client sales and by key account management departments during sales to existing clients.

The Webcast and article highlights that in today’s market there is a major shift in how customers buy when compared to the past which essentially means that instead of focussing on connecting the customer to the supplier, sales reps now should be focussing on connecting the decision makers within the customer’s organisation to each other. Another key take-away is the relationship between sales, marketing and key account management, which today more than ever need to be aligned with common goals in order to succeed given the pressures to achieve consensus.

I would strongly suggest attending the recording of the Webcast and reading the Harvard Business Review article.

The Webcast, Consensus buying - Your changing customers, can be viewed here. 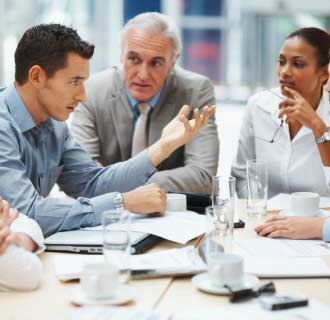 Open Box COO, Abu Bakr Brey introduces the Open Box Academy - a 6 month internship program driven by the need to improve the skills gap with relation to automation and real estate specific knowledge in IT in South Africa

Implementing an innovation strategy for your Real Estate organization 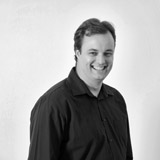 Maximising the Availability of your Real Estate Applications

Key factors to consider when maximising the availability of your Real Estate applications.