Automated Testing vs Manual Testing – where do the two meet?

​Perhaps it's the naming that's confusing… we often have a preconceived notion that automation is better than manual. This might explain why many people are under the mistaken impression that Automated Testing is a cut above the Manual variety. Or even that it has been designed to replace Manual Testing. But the truth is, they are two very different functions and each has an important and necessary role to play. In order to produce the highest quality application, these methods should work hand in hand – a good manual testing element in conjunction with an automated testing approach. 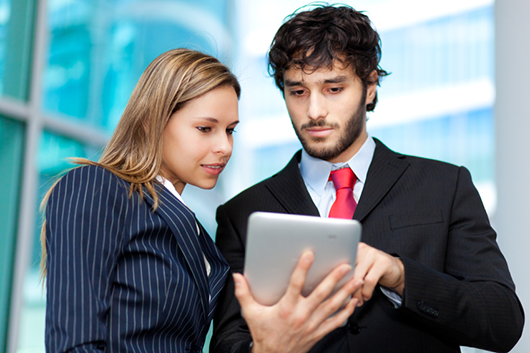 Automated Testing really comes into its own in a fast-paced development environment. In general, as business requirements grow, so too does the demand on software development companies to produce higher quality applications with fewer resources in a shorter time! Automated Testing is exceptionally useful for testing a vast amount of 'menial' tasks – its coverage is immense, and no human could ever compete (or would want to compete) with this capability. But it's important to realise that an automated test can only check for expected results, and only responds with a 'Yes' or 'No' answer.

Which is why Manual Testing will always be important, for the simple reason that humans are independent thinkers. Yes, it all comes down to the fact that we have brains, and computers don't. In addition, Automated Testing cannot test the usability of a system, its effectiveness in terms of "look and feel", or how intuitive a website is. It's also impossible for a computer to ask questions about the system's requirements.

When considering Automated Testing, remember that while the benefits are great, it's important to weigh them up carefully against the cost… which can be considerable. How much value will it add to your process? Automated Testing can help speed up your testing process, but at the end of the day it's limited to checking for an expected output. Manual Testing, however is much more focussed on 'real world' scenarios… it's about exploring, questioning, learning, playing and interacting with the system in a way that the user eventually will.

Ultimately, it's all about balance. In order to produce the highest quality application in the quickest time, you need to be able to use the benefits of automation to allow the tester to focus on doing thorough intelligent testing. The trick is to find the perfect mix between the two, which is certainly consistent with the approach at Open Box.

18 years of experience in remote working has enabled Open Box to continue delivering under unprecedented circumstances.

In a nutshell, our BCP speaks to Open Box employees having offsite access to all the systems required for them to be productive. Offsite connectivity is facilitated by the Open Box VPN, which enjoys the same security protocols applied to our client VPN connections.