We learned that Miami in late April is a pretty nice place to be.

Ok, seriously (actually that was serious), what did we learn? We learned that Argus (and the wider Altus) continues to be the leader in the Real Estate technology space. We heard about how the CRETech wave continues to rapidly expand - in offerings, investment and value to the Real Estate industry. We learned about how Altus is embracing CRETech, through both acquisitions and partnerships, to expand its offering, appeal and relevance to an industry going through enormous change.

Geoffrey Moore (of Crossing the Chasm fame) outlined the four major disruptions in CRE: virtualization of the workplace; convergence of work-space and life-space; digitalization of the business; and smart buildings and the internet of things. He then went on to talk about the framework for dealing with disruption: technology adoption life cycle; and zone management. How this life cycle is crucial for any organization, particularly the larger ones and how, combined with zone management (as described in his latest book, Zone to Win), any organization can effectively win in a disruptive environment. A message that is particularly relevant for Altus as they invest in nascent technologies (and companies) which will require patience as they work through the "J" curve of returns.

The theme of CRETech continued as the conference expanded on Altus's Annual Industry Survey (keep a lookout for the follow-up report that we are co-authoring with Altus due to be released very soon). Highlighting Automation as the low hanging fruit of the next wave of technology which companies are already embracing. Just how much they are embracing this was demonstrated by the overwhelming response from attendees to those partners that were showcasing Automation at the conference.

Specific to Argus we heard about their plans to bring their core product into the cloud as well as how this roadmap enables the creation of related web applications, the first of which is Argus Acquire, which is due to be released in September. A very interesting development which industry watchers will be keeping a close eye upon in the coming months and quarters.

Finally, we learned that flying out of Miami in the late afternoon in Spring is only for those with endless patience. 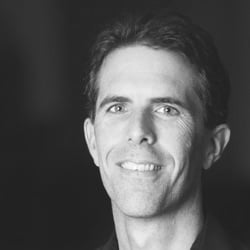 Dipping a Toe in the Data Lake

In the midst of a global pandemic, Brendan Canny discusses the need for commercial real estate companies to drive innovation using data within their organizations